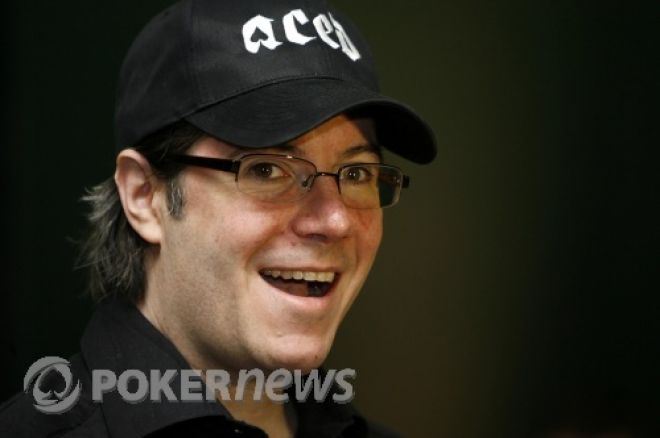 Back in March, PokerNews reported that 2007 World Series of Poker champ Jerry Yang had his Main Event bracelet and other items seized by the IRS and slated to be offered in an auction. Now another Main Event champ’s bracelet is being auctioned off, albeit by choice. We’re referring to 2006 WSOP Main Event champ Jamie Gold who is offering his championship bracelet on Heritage Auctions, which bills itself as “The World’s Largest Collectibles Auctioneer.”

Bidding on the bracelet is slated to begin on July 13, 2013, which will coincide with the 2013 WSOP Main Event. Here’s the item description as posted on Heritage Auctions:

“The bracelet features 259 stones including over seven carats of diamonds and 120 grams of white and yellow gold. Rubies are inset to create the red of the heart and diamond suits, while a sapphire represents the spade and three black diamonds the clubs. The clasp is stamped ‘14K.’ Fine condition. An absolutely amazing representation from one of the most talked about WSOP events in history.”

Gold, who won the largest ever WSOP Main Event (8,773 players) in 2006 for $12 million, joins the likes of Peter Eastgate, T.J. Cloutier, Brad Daugherty and Paul "Eskimo" Clark as notable players to auction off their bracelet. Perhaps the most notable of those was Eastgate, who auctioned his 2008 WSOP Main Event bracelet on eBay to raise money for charity. The auction garnered 116 bids and sold to William Haughey for $147,500. Haughey has since told PokerNews that he wishes to offer the bracelet in a charity event with the cooperation of the WSOP.

PokerNews has reached out to Gold's agent for comment and will be sure to keep an eye on this particular auction.