Women of the World Series of Poker: Kate Hoang 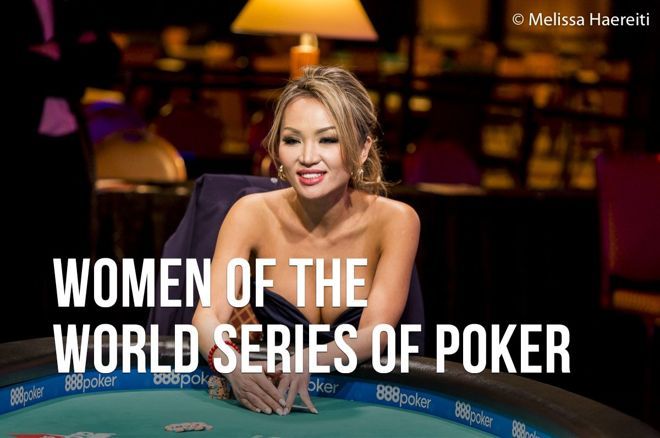 Women generally represent between 5 and 10 percent of poker tournament fields — and it's an even smaller percentage in high roller events. This article series means to encourage greater female participation by highlighting some exceptional women who are braving — and excelling in — today's "man's world" of poker.

Kate Hoang has only been playing Omaha tournaments for four years, but she’s already proven that she can hang with the big boys. Last week, Hoang navigated through a field of 911 players in Event #4: $1,500 Omaha Hi-Lo 8 or Better to make her third World Series of Poker Omaha final table in as many years, getting heads up for a bracelet for the second time.

“I was nervous as f***,” Hoang admitted after finishing runner-up to Frenchman Julien Martini.

If she was nervous, you couldn’t tell. She moved with confidence and battled for more than three hours heads up.

"She is very tough and very hard to play, and a great opponent." - Julien Martini

“Those guys have been playing for years, so it’s their time,” Hoang said. “I respect them, and I learn a lot from them.”

The respect is mutual, as evidenced by reactions of those who play against her.

"I played with [Hoang] a lot on Day 2 and Day 3,” Martini said after eventually closing it out. “She's playing great, actually. She is very unconventional; I am not used to playing this kind of player. She is very tough and very hard to play, and a great opponent."

Hoang learned to play Omaha online for free money during college and promptly got to work asking questions and learning from her mistakes.

"If you’re a woman who plays poker, you have an advantage, because they’ll pay you off."

She recalled one of the first hands she played where she had the ace of clubs in her hand with four clubs on the board, and kept raising, thinking she had the nut flush using only one card in her hand.

“I asked the other players why I wasn’t winning, and they told me.”

Hoang learned fast though, putting herself through college playing $0.25/$0.50 Omaha over ten years ago. After years of focusing on Omaha cash games in her home base near Seattle, Hoang has found success in her switch to tournaments. Since her 2015 WSOP debut, she has notched seven cashes including three final tables and has just over $400,000 in earnings. Here's a look at Hoang's WSOP cashes to date.

Advice for Other Women

When asked what advice Hoang would give to ladies who may be hesitant or intimidated to try out the game, she gave some insight into the benefits of being a woman on the felt.

Expect to see more of Kate Hoang this World Series of Poker as she figures out her opponents and does her best to excel in more male-dominated Omaha fields.

You can follow all the WSOP action at PokerNews, as the live reporting team brings updates from every event of the series.