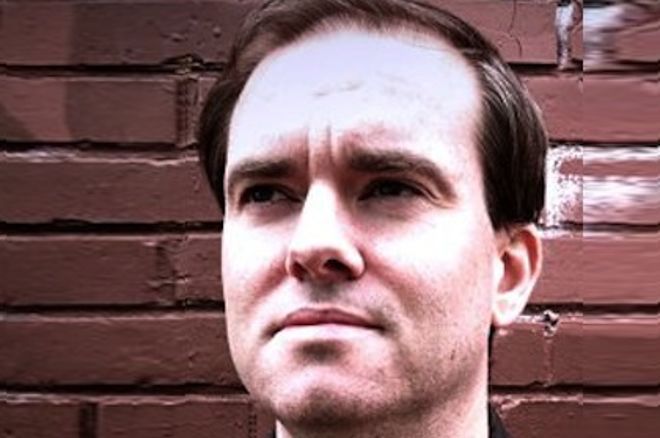 PokerNews India spoke to Zachary Elwood, the only authority on poker tells after the great Mike Caro of yesteryear. Zachary has published 3 widely-acclaimed books, “Reading Poker Tells”, “Verbal Poker Tells” and “Exploiting Poker Tells”. He has also created the hugely popular “Reading Poker Tells Videos Series” along with scores of blogs and articles. Till date, no one has researched the behavioral aspect of poker in such depth as Elwood; and presented it in such a lucid manner. Following is our conversation:

PokerNews India: How did your poker journey start?

Zachary Elwood: I got into poker pretty big in college and was setting up poker games back in 2000. Then, between 2003 and 2007, I was playing full time for a living after I met some people who got me comfortable playing higher stakes in casinos.

PokerNews India: How did you get into the field of Kinesics and become a poker behavior consultant?

Zachary Elwood: I was interested in psychology from a very young age. That was one of the things that initially intrigued me about poker; the psychology and tells. In college, I used to keep notes on regular players and their tics and habits. Like a lot of players new to the game, I over-emphasized the importance of tells. I thought the game was more mysterious than it was and I think that’s pretty common for people starting out.

When I played for a living, from 2003-2007, I always thought the current books on poker tells were pretty bad. No one had written a better one since Mike Caro in my opinion. So, I had thought about writing a book back then, but just didn’t have the confidence, and obviously, it wouldn’t have been as good as when I did write it, later in 2012.

I was also expecting some well-known players to write a better book, seeing that poker was so popular back then, with the poker boom in 2003. But then a better book never came out, so eventually, I thought, “it might as well be me.” People liked what I had to say, so it went from there.

PokerNews India: Who or what inspired you to choose your profession?

Zachary Elwood: I don’t know if it’s a “profession.” Definitely an interest and a passion. The reason I wrote the first book was that I just thought I had enough to say that it was a big improvement on what was currently out there. Not that I thought I was some sort of poker tells genius; it was more like: a lot of experienced players know a lot of stuff that hasn’t been written down and my goal was to get some of that out there.

So, I guess it was a combination of interest and passion for behavior and psychology combined with a rather empty niche I saw. If Phil Ivey had come out with a poker tells book and everyone loved it, I would have had no real incentive to work on my books.

PokerNews India: Tell me about your experience as a professional poker player?

Zachary Elwood: Not very interesting. I played for a living between 2003-2007 and then just played as a side source of income after that. I played almost entirely cash: mostly $2-5 or $5-10 NLHE or limit Hold’em $10-20 to $30-60. So, it wasn’t that high. I never really set out to be a high-stakes player or even a professional poker player; it was more just something I fell into.

Honestly, and maybe a lot of people can relate to this; I never thought I had a good natural disposition to be a professional poker player. I’ve always had anxiety and depression issues since I was a kid, and that definitely doesn’t help. I don’t think I have natural “alligator blood”; the swings can really get to me, and I have a tendency to overthink things and beat myself up for stupid mistakes.

Honestly, playing poker a lot really burns me out, and I feel rather anti-social sitting at a table just playing poker for hours on end. The open-ended, unsolved nature of poker causes me some psychological discomfort too. I feel I would have to spend a very long time studying the game theory aspects of the game before feeling I was a strong player, and spend a lot of time playing online and getting fundamentally strong. I feel like there is still so much about the game I don’t know. I am very aware of the things I don’t know and that impacts my confidence and increases my anxiety.

I definitely think it takes a certain type of mentality and disposition to be a strong and lasting poker player. I think that’s something that’s rarely talked about but is an issue for a lot of people.

Zachary Elwood: Reading Poker Tells was my first book and I think the main strength of that book is the philosophy behind understanding poker tells. I place tells into rough situational categories to help understand them better. The reason so many people have liked the book is because of the mental framework. Instead of a this-behavior-means-that thing, it’s more about thinking how a particular situation impacts likely behavior and some situations can be completely different than other situations. For example, someone staring at you when it’s your turn to act is completely different than the same person staring at you after they’ve made a big bet. Different situations can lead to different behaviors.

Verbal Poker Tells is the work I’m most proud of. I spent 8 months, full-time, working on that book. I made a large database of real statements taken from poker games, both televised shows and games I was playing in and tried to find verbal patterns that were correlated with specific hand strengths. I learned a lot while researching and writing that book and I think it’s probably the most useful book of the three I wrote; just because there is often so much information in someone’s verbal statements.

PokerNews India: How is your latest book “Exploiting Poker Tells” different from the other 2 in the trilogy?

Zachary Elwood: To write a book, I have to have something important and new to say. That’s one reason Exploiting Poker Tells is my last poker book; I don’t think I’ll have much more to say, and if I do, I’ll just write an article, or revise an existing book, or add to my video series.

So, for Exploiting Poker Tells, I wanted to make it mainly about physical stuff, as my first book was, but try to make it much more practical-oriented and real-world. So, it has more than 135 hand histories of real hands, either from televised hands or hands I played or hands other people submitted. The strength of doing it this way is that you can see how other factors influence whether or not a read is worth acting on, or not worth acting on.

PokerNews India: Is there a specific video series on online poker tells?

Zachary Elwood: I don’t have anything for online poker tells specifically, and I don’t think anyone else does. Really, the only thing that I think applies much for online poker, tell-wise, is immediate actions: immediate bets and calls. They’ll be the same tendencies as they would be for live poker.

Delayed bets or calls don’t really mean much; there are plenty of unknown reasons for why an online player might take a while, like using the bathroom or multi-tabling or whatever, but when they make an immediate action, there is no other factor besides them choosing to do that.

PokerNews India: Do you give coaching on only the behavioral aspect of poker or the game as a whole?

Zachary Elwood: I don’t really “coach” anyone. I do video analysis; as I’ve done for a couple WSOP Main Event players and a number of high-stakes cash game players who had some footage to analyze. And no, I would only give feedback on behavior, not strategy. I am honest that I am far from being a very strong fundamental strategist. So, I stick to talking about behavior and always try to emphasize that tells are a small part of playing strong live poker; strategy is much more important.

PokerNews India: Tell me about your website www.readingpokertells.com. Which sites do you give coaching on?

PokerNews India: Reading tells is an essential part of poker; how come more people haven’t produced content like you?

Zachary Elwood: I think it’s for a couple of reasons:

PokerNews India: What resources would you suggest to newbies who are just starting out in poker?

Zachary Elwood: I don’t want to suggest specific books or training sites, but just spend some time researching what respected poker strategy books are. Before thinking about poker tells, if you’re a beginner, you should be reading a lot of the respected books on basic poker theory, like Sklansky’s Theory of Poker, to understand the core concepts.

PokerNews India: Do you have any favorite poker books? Which books did you read while learning poker?

Zachary Elwood: I read a lot of 2+2 books, a couple of Harrington’s books and a couple of Jonathan Little books. If I were serious right now about getting a stronger strategic framework, I’d be watching Doug Polk’s strategy videos. But I think there are a lot of more basic and fundamental books that beginning players should consume before getting into the more complex GTO approaches.

PokerNews India: Any plans for writing a new book?

Zachary Elwood: Not on poker, no, never. I’m pretty burnt out. I will continue adding to my video series though.

Zachary Elwood: I don’t, no, sorry.

Zachary Elwood: I’d love to visit India. My wife and I plan to live in Thailand for a year or so. India has been on my list of places to visit for a long time.

PokerNews India: Tell me about your social media channels.

Zachary Elwood: You can find me on Twitter at @apokerplayer.
I’m on Facebook at www.Facebook.com/ReadingPokerTells.
I’ve got a YouTube channel at www.youtube.com/readingpokertells.
If you want to sign up for a free verbal poker tells course and get on my email list, you can find that on www.readingpokertells.com/course.

Zachary Elwood: I’ve never really been a poker fan. I’ve always liked the personal challenge of learning and playing, but never really been someone to root for specific players. That being said, I do like Brian Rast a lot for his intellectual approach and humbleness. I became a bigger fan when he agreed to talk to me about poker tells recently and appreciate him for spending the time to do that, which is not something that a lot of high-stakes players are willing to talk about. You can search for ‘brian rast poker tells’ to find that youtube video.

PokerNews India: Tell me about your students who’ve made it big in poker.

Zachary Elwood: I don’t really have any “students.” There are a lot of people who’ve read my books and watched my videos, and a lot of people who’ve told me my stuff has helped their game a lot, and I’ve got the few people I’ve done some video analysis for. I’m still waiting for someone to say they won a huge tournament directly because of something from my books or videos.