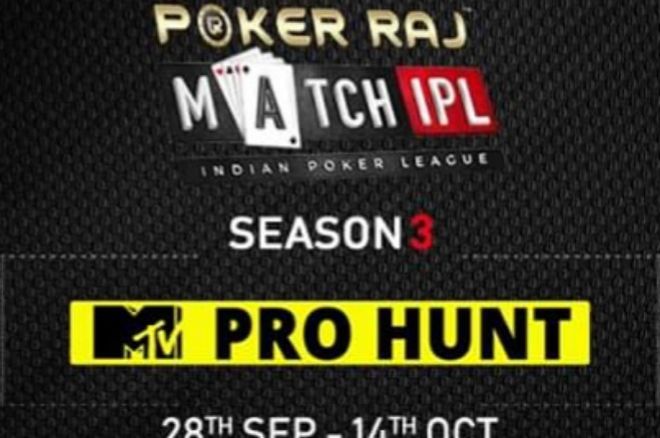 Industrialist Raj Kundra launched a new online poker room by the name of PokerRaj this September. It was launched under his umbrella corporation Viaan Industries Ltd. which is a gaming, entertainment, and licensing company.

In association with MTV, PokerRaj - the Title Sponsor of Match Indian Poker League Season 3 are hosting the MTV Pro Hunt, which is on the lookout for India's best online poker players. With 6 of the qualification tournaments already completed, the hunt is on for two more Pros who will get to represent Pune Kings and UP Indians at Season 3 of PokerRaj MatchIPL.

PokerRaj MatchIPL Season 3 will have 9 teams competing against each other over 2 days to win the coveted title. The tournament is scheduled for 23rd and 24th October, in Mumbai. The match poker game is played in the Texas Hold'em format and the team with the highest number of points at the end of Day 2 is declared the winner.

The winning franchise of PokerRaj MatchIPL Season 3 gets to represent Team India at the Nations Cup that is organized by the International Federation of Match Poker! So, if you want to catapult yourself to the big leagues of poker, this is your chance. Register for the final 2 qualification tournaments of the MTV Pro Hunt that are scheduled for the 13th and 14th of October at 8 PM on PokerRaj!