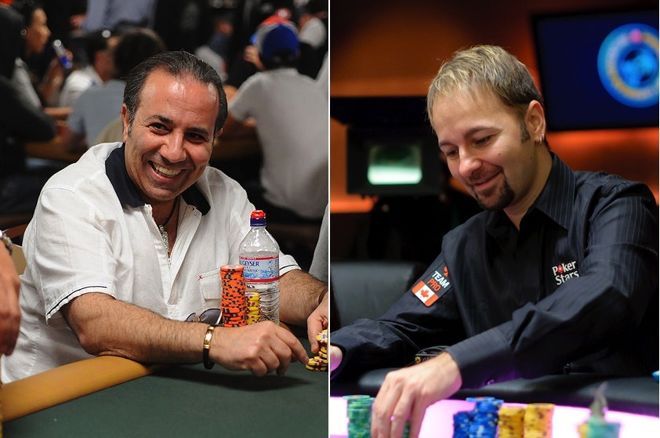 The popular show High Stakes Poker debuted in early 2006, with the first season lasting 13 episodes. Throughout the show's run, episodes were culled from multi-day sessions, so often the same players would be sitting around the table from week to week, although new players were frequently rotated in to change the makeup of the game.

Years later the shows remain highly entertaining, and can even be educational. For new poker players they introduce the game while illustrating many strategic concepts, while those with experience can watch and recognize how certain strategies have evolved over the years since the shows aired.

We've been reviewing those first season shows, with the previous episode highlighted by Sam Farha joining the game and pumping up the action.

The one featured below finds Farha continuing to play a wide range of hands while also encouraging the table to play looser as well. At one point he successfully encourages Jennifer Harman to put in a straddle, something viewers would frequently see happen on the show.

"Please don't make bad comments about my bad cards I play," Farha jokes to Eli Elezra early on. "That's what she gave me," he adds, referring to the dealer. "She didn't give me aces."

Among the big hands in this episode is one between Farha and Daniel Negreanu. Take a look below.