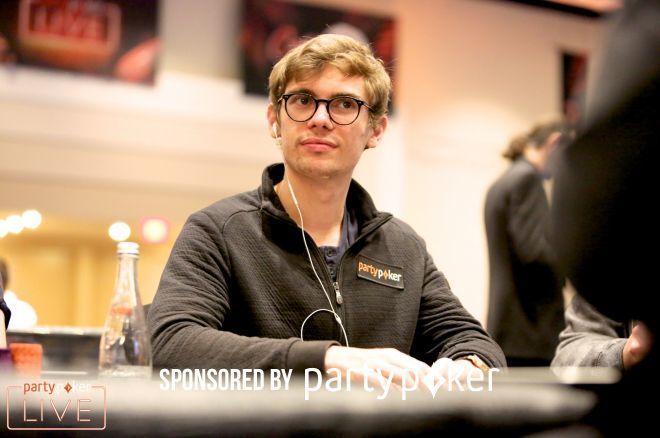 Today we have a fun one, folks. This hand is brought to us by none other than poker phenom Fedor Holz, one of the founders of the poker streaming team No Limit Gaming. You can watch them playing poker on their Twitch channel at www.twitch.tv/nolimit_gg.

On one such stream, Holz was involved in a very interesting hand while playing the recent $5,300 buy-in $20 Million GTD partypoker MILLIONS Online on partypoker.

, Villain bets roughly half-pot, and Holz calls. The turn is the

and Holz's opponent continues for roughly two-thirds the size of the pot. Immediately, you can see a light bulb go off in Holz's mind as his face comes to life. He then gives us a peek into his thought process.

"These are actually interesting spots where on the turn here, it's interesting to call this hand again because you still have a pretty decent bluff catcher not blocking any of his flush draws and people don't bet too thinly for value, especially given his open-raising range like A-2, A-3, 6-3-suited, 7-6, 8-6, 8-7, J-8, Q-J, K-Q, K-J, and so on," Holz explains.

"So I'm actually gonna call again because I don't think he's thin enough for value with the two-thirds bet size here, given that I block some of his T-x [hands] that he would go for value with like J-T and A-T."

Wow. There's a lot to unpack here. As Holz mentioned, Villain chose a two-thirds bet size which means in order to make Holz indifferent to calling, he needs 5 value hands for every 2 bluffs.

If we only look at the straight draw combos that Holz mentioned, Villain has 128 bluffs. This means he needs 320 value betting combos to balance the straight draws. I analyzed this spot in Flopzilla — here's how it looks:

Even giving Villain A-J-high or better for value, including every possible made pair and pocket pair above deuces and threes, I could only come up with 305 potential value betting combos:

As mentioned, very few people are betting this thinly for value, but it is not unheard of for aggressive high stakes players to bet all the bluffs that Holz listed.

Also, don't forget that we didn't even consider the heart and diamond flush draws that Villain obviously could bet as well. If we include those, he could not possibly find enough value hands to prevent himself from overbluffing in this spot. That's why exploitively bluff catching here against players who bet with all their draws makes so much sense, even though it is something that most of us would never do in practice.

An additional point that Holz did not mention is that a lot of his perceived calling range is small pairs, T-x or worse. This means that on a

river, Villain is likely to bet again with a hand we beat. Those implied odds only increase the profitability of this play.

In the actual game, the

came on the river and after Holz checked, Villain checked back with

. Even though Holz lost the hand in the end, he made the right play against Villain's range.

This sobering aspect of poker is what makes it so difficult for the average player to get better. However, if you understand the math and the tendencies of your opponents, learning to make plays like this one could pay off for you in the long run as it has for Holz.

This strategy article by Carlos Welch is sponsored by partypoker.