You Play Too Loose in These 3 Preflop PLO Situations 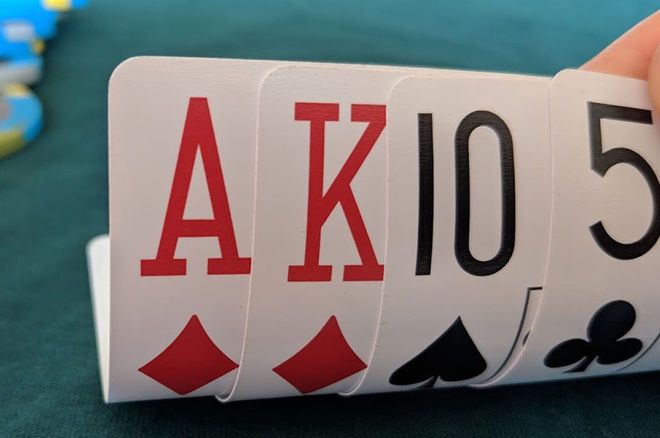 If you aren’t selective with your starting hands, you’ll continually encounter situations where you’ll make good-but-second-best hands that lose big pots at showdown.

But with a mind-boggling 270,725 starting hand combos to choose from — compared to just 1,326 in No Limit Hold’em — figuring out exactly which hands are worth playing is a daunting task.

To help you tighten the screws on your PLO preflop game, we’re about to go over three common situations in which players call way too often. You and your bankroll will be much better off playing tighter in these situations.

Throughout this list, you’ll be shown screenshots from the PLO Matrix, a cutting-edge tool that shows you the best way to play any preflop hand with two clicks. (The situations you’re about to read about were discovered using this tool.)

1. Avoid Calling in Middle Position versus an Under-the-Gun Raise

PLO beginners and veterans alike call way too often in middle position when facing an early position raise. Not only does the early position player have a super-strong range, but there are also four players behind you that may squeeze you out of the pot with a 3-bet.

The most powerful versions of KK are played in this spot (the green and purple hands), but the vast majority of them are folds (the grey hands). More specifically:

2. Don’t Get Cute on the Button in Multiway Pots

Most PLO players are too loose on the button versus raises, especially when another player or two has called a raise in front of them.

It may be counterintuitive, but you should actually call less often on the button in multiway situations compared to heads-up situations. Even though your pot odds improve with more players in the hand, your chances of actually winning the hand diminish dramatically. Your preflop range should be quite tight to reflect this.

Take a look at how many single suited AK hands should be folded in this spot according to the solver:

Almost all versions of AK should be folded in this spot, with the exception of the strongest ones —

— which should be called.

Gone are the days of defending your big blind with every hand, especially versus multiple players. You will be out of position postflop, and your junk hands simply won’t win often enough against two strong ranges.

Like we did for the button, let’s examine which single suited

hands are played from the big blind when faced with an early position raise and a call:

You should play a bit looser in this spot compared to the button example above. The solver suggests playing a couple more “bad suited” hands (

See How to Play Any PLO Hand with Two Clicks

If you play in games with a lot of weak players, you can probably get away with playing a bit looser than the charts above. But these examples should make it clear just how tight the optimal preflop strategy is in PLO.

Want a shortcut to a winning preflop strategy in PLO? Discover how to play any hand preflop with the easy-to-use PLO Matrix. Learn more now!